U﻿na McCormack was kind enough to take some time out of her busy writing schedule to answer some questions regarding her new Star Trek: Picard novel, Second Self. 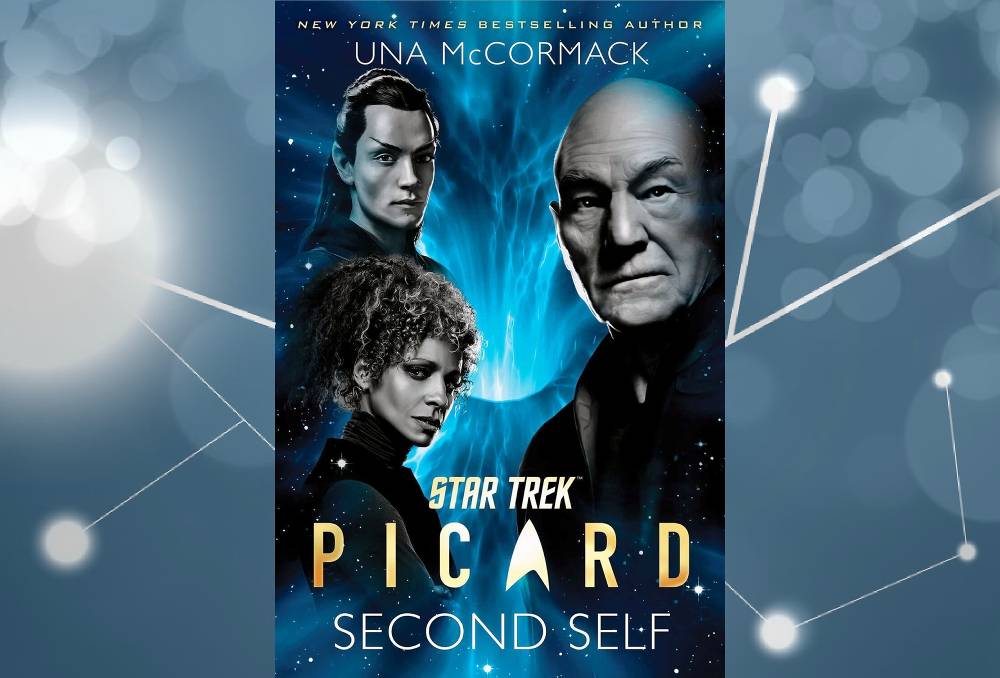 I understand that Second Self was originally scheduled for publication earlier in the year, but was delayed due to paper shortages. Has it been a tough time lately as a writer? Do you find these sorts of delays frustrating?

I think it’s tough for everyone at the moment, really. Obviously, it would have been preferable for the book to come out while S2 of Picard was airing, but I’m very glad that the book is coming out at last, and I hope that people enjoy it now that they can read it.

Does Second Self act as a “bridge” between season 1 and season 2 of Star Trek: Picard? Or is it more of a standalone story?

It’s set between those seasons, and explores some emotional beats in the characters’ stories, but it isn’t necessary to have read Second Self to enjoy S2 of Picard.

In your previous Star Trek: Picard novel, The Last Best Hope, I really grew to appreciate Raffi as a character. It seems this book will also focus on Raffi. Do you feel a particular affinity or connection to her as a character?

I’m glad that Raffi worked for you in that book! I got very attached to her. I was writing on quite a tight deadline, which meant that I had to spend time away from my family. I put some of that into Raffi! I admire Raffi’s determination, and her good heart. She sees the good in people, but she doesn’t let them take her for a ride.

Speaking of characters: One of your strengths as a writer (in my opinion) is your ability to really get inside a character’s head, and write them in a way that both expands on their on-screen persona, but remains congruent and faithful to who they are. Do you have any special processes you follow to achieve this?

That’s very kind! I don’t think I have any special processes, although it’s always hard to talk about your own creative method! I have an ear for voice and dialogue, which makes it comparatively easy for me to capture people’s speech patterns. That goes a long way to bringing a character to life on the page. But there’s no substitute really for doing the imaginative work – really thinking through who a person is, how they think and feel about the world, understanding their viewpoint. Once you understand that, you can extrapolate beyond the screen to how they would react in different situations.

You can definitely expect to see Raffi, Elnor, and Picard!

Elnor is also featured on the front cover, so I assume he’ll be a main character. Was it fun using absolute candor when writing scenes with his character?

Elnor certainly features! Yes, absolute candour is extremely good fun to write. Elnor is useful for writers because it’s like he short-circuits any scene in which he appears. He’ll say something that defuses tension, or cuts to the heart of the matter, or brings people to their senses – or just makes them laugh. He’s an extremely enjoyable character to write.

Finally: What are you currently working on, and do you have any other books coming out in the near future you’d like to mention?

I’m working on various projects, but none of them have been announced yet, so I can’t say more! But if people follow me on Twitter (@unamccormack), they’ll hear news as and when I can announce it. My most recent Doctor Who audio play from Big Finish came out over the summer. It’s a story about the War Master, with Derek Jacobi. More here: https://www.bigfinish.com/releases/v/the-war-master-self-defence-2542

I’ve been involved in setting up a new imprint with Goldsmiths Press to publish new feminist science fiction, called Gold SF. Our first two books come out in September, and two more are due next year. If people would like to learn more, they can go to: https://mitpress.mit.edu/books/series/goldsmiths-press-gold-sf