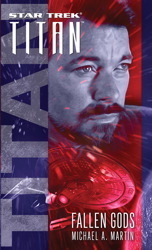 After the faintly disastrous Seize The Fire, I admit I felt some trepidation in picking up this novel. Luckily, Fallen Gods — while not a perfect novel — vastly improves on it’s predecessor.

T﻿he story centres has two main component — one involves an warring alien race, on a doomed planet, who once commanded advanced technology — while the other involves Riker caught in an ethical dilemma, as the Andorian members of his crew are due to be reassigned, due to Andoria succeeding from the Federation. 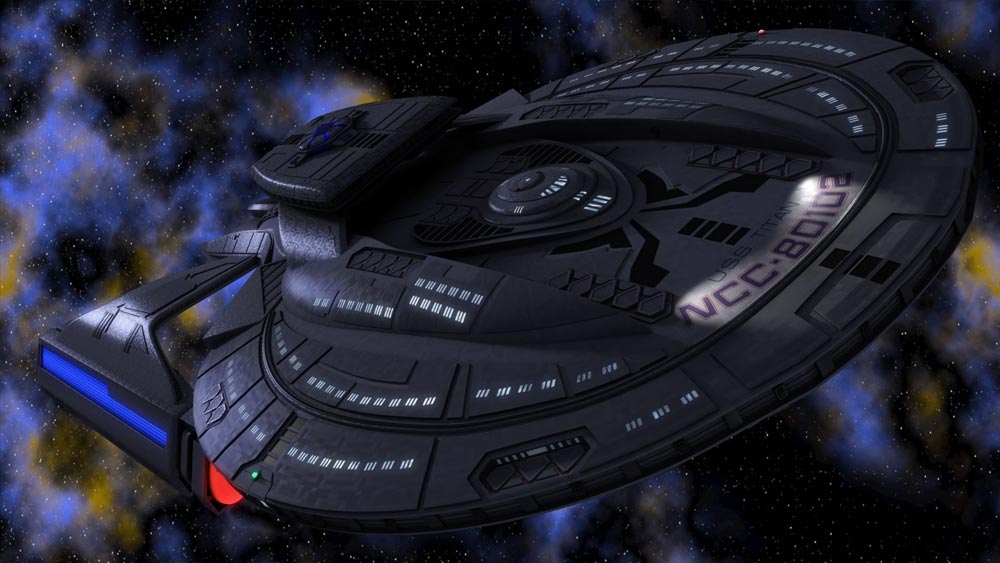 It’s all pretty classic Trek, which is never a bad thing. And while Martin’s previous novel, Seize The Fire, felt both overly long and yet rushed, Fallen Gods is a quicker, sharper and more focused tale. Its punchy and full of good scenes featuring the many diverse members of Titan’s crew.

The storyline involving the alien race(s) on the doomed planet was a bit been-there-done-that, and I have grown somewhat weary of a Starfleet crew saving yet another alien race from complete planetary destruction.

The main criticism levelled at the book is that the A and B stories don’t really connect. I suppose that’s true, but somehow it didn’t bother me too much. Martin continues to give many of the alien characters long, obscure and difficult to remember names, which can be a bit annoying — but that problem was much worse in this book’s predecessor.

Although the Typhon Pact series hasn’t been great, there is a definite sense of continuity between the novels, and Martin does a good job of keeping the general multi-book arc going. It feels very settled in the shared litverse.

Michael A Martin co-wrote the first two Titan books, and in those novels he helped give many of the characters a back story. However, I have to say, it would be best now if we left some of the back stories behind. I’m so sick of reading about Xin Ra-Havreii’s guilt around a starship of his design that blew up. It’s boring, but worse of all, it has little to do with the actual story.

At the time of it’s release, Fallen Gods copped some pretty negative reviews, which I personally felt were a bit tough on the book. TrekLit described elements of the story cartoonish, and the prose bland. Maybe it was because I had such low expectations, but I had a good time reading Fallen Gods. More and more, Titan is feeling like a fully fleshed out ship and crew, and I look forward to dipping back into that world every now and then.

Overall, Fallen Gods was a welcome return to form for treklit author Michael A. Martin. I thought the alien race(s) were well thought out and intriguing, and the moral condumrum Riker faced to be balanced and thoughtful. I look forward to seeing where the Typhon Pact heads series heads next.