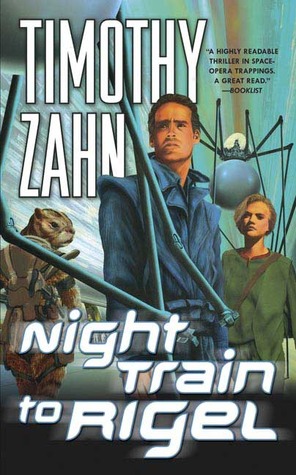 Those two words compelled me to pick up a secondhand copy of Night Train to Rigel by Timothy Zahn. At the time I’d just moved to Sydney with my wife — we were house hunting, I was searching for a co-working space and adjusting to a new life in a new city. I suppose, to help me deal with all the stress, I was looking for a fun read… 300 pages of entertaining escapism.

The book starts with a classic Timothy Zahn hook. Frank Compton is a down-on-his-luck former Western Alliance Intelligence Agent, is visited by a mysterious stranger — who, of course, winds up dead by chapter 2. It turns out the Spiders, who run the Quadrail (an interstellar train system) need some help. Their trains are super safe, except someone has found out how to smuggle weapons on board, and that is most definitely not allowed if you read their Ts&Cs carefully. The Spiders run the trains, but no one knows who or what they are.

One could say Night Train to Rigel is a fast-paced action-adventure. Except when I say it’s fast-paced, I mean it is fast-paced. Author Timothy Zahn wastes no time in getting to the meat of the story. Don’t expect any lengthy scenes, filled with pathos and long goodbyes. Nope. Frank Compton is out there playing space cop and chasing down the bad guys by the time you can say “tickets please!”

Frank Compton is teamed up with Bayta, a blank-faced and emotionally distant woman who can communicate with the otherwise mute Spiders. Where Compton is brazen, brash and bold — Bayta is quiet, thoughtful and impassive. She’s human, but you get the idea pretty early on that she’s not quite fully human if you catch my drift.

The book draws obvious inspiration from classic spy-thriller movies such as Hitchcock’s North by Northwest and Strangers on a Train. In fact, in my head, I even imagined Carey Grant and Eva Marie Saint as the Quadrail riding characters Compton and Bayta. 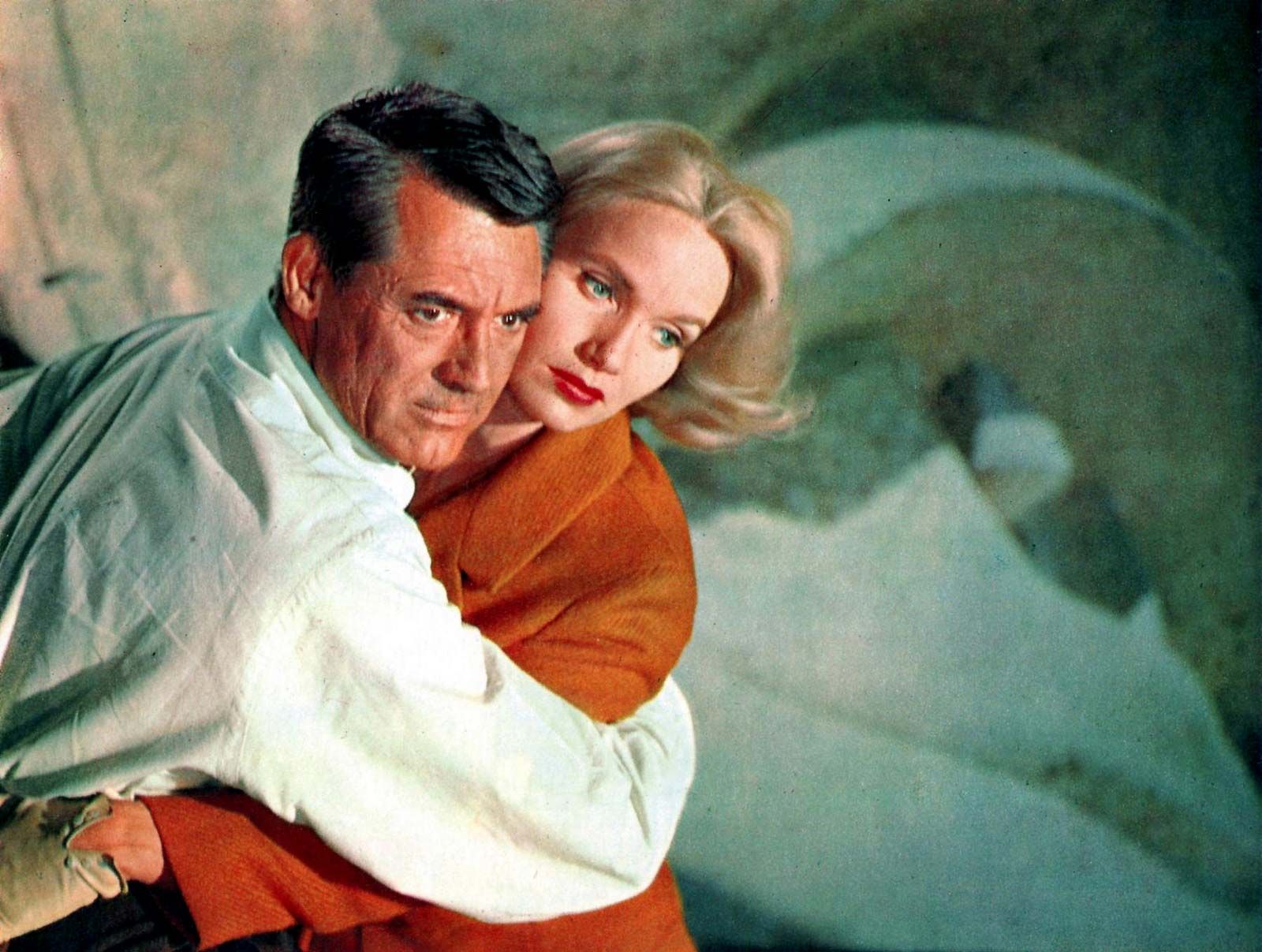 The story has plenty of twists and turns. Perhaps a few too many twists and turns, actually, as at times the story can get muddled and confusing. And the whole thing is a little bit silly. But then, it’s not a book you are supposed to take seriously. Rather, it’s a whole lot of schlocky, pulpy fun.

A minor quibble I had was the distinct lack of female characters. To my count, the book totals one solitary female in the named cast. Bayta. By today’s standards, that’s not great. It didn’t stop me from enjoying the story, but it could put a lot of people off.

Probably the best part of Night Train to Rigel is Mr Zahn’s wonderful world-building, which includes an incredible cast of kooky and peculiar aliens. I enjoyed the imagery of a train carriage filled with a bunch of Star Wars-esque aliens, chattering away in exotic languages and eating strange foods. Add to that the number of little details; self-wheeling luggage, ditrecs (what they call movies in the future), and shady secret agents, and it adds up to a slightly bumpy but absolutely enjoyable ride.

The bad guy is also pretty original. I won’t bother to explain it, other than to say it’s a hive-minded creature that lives in cold water. As you read the book, it becomes pretty obvious that Mr Zahn let his imagination run wild, and never let believability get in the way of telling a good story.

This book forms the first in the Quadrail series, of which there are five in total. Timothy Zahn planned to write 10-12 Quadrail books, but the publisher (TOR) canned the series at book 5. That said, he did have time to finish off the multi-book arc that runs through the series, so don’t worry about it ending on a cliffhanger.

I enjoyed the imagery of a train carriage filled with a bunch of Star Wars-esque aliens, chattering away in exotic languages and eating strange foods.

When he’s not writing books about space trains, Mr Zahn is most famous for his Star Wars novels — in particular the Heir to the Empire series featuring his original bad-guy creation Grand Admiral Thrawn. I’ve never read a Star Wars tie-in novel, but if I intended to I would start there.

Overall, Night Train to Rigel was exactly the book I needed to read during a stressful and disruptive time in my life. It’s fun. It’s a humorous and light-hearted read that doesn’t take itself too seriously. Pick it up if you’re in the right mood, and enjoy the ride.