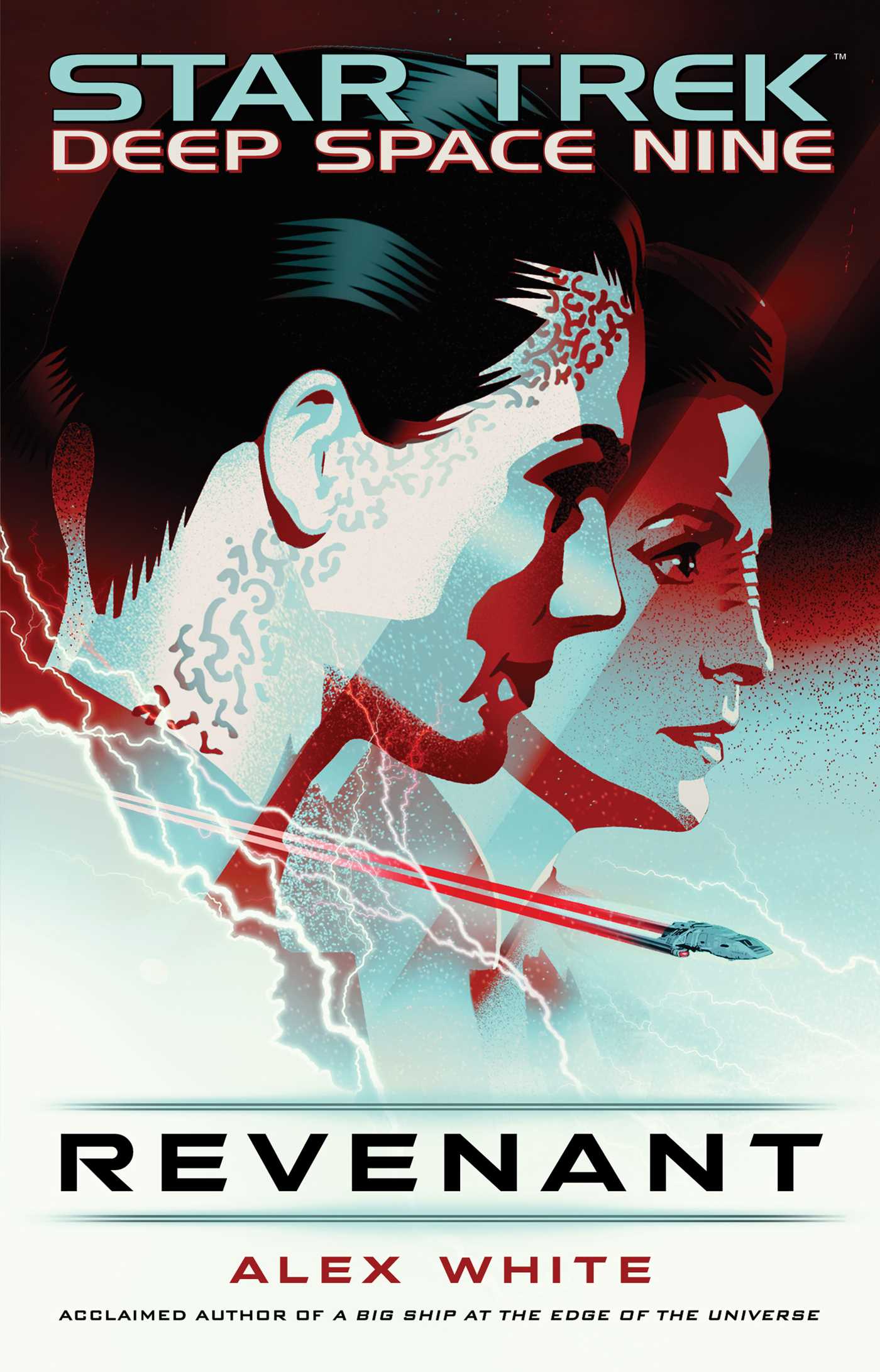 Jadzia Dax, a joined Trill with all the memories of her previous hosts, catches up with her old pal Etom Prit. He’s got some bad news — his granddaughter Nemi has gotten into some strife, and he’s calling in a favour. In trying to find and help Nemi, Dax finds herself on Trill, embroiled in crime, politics, coverups and hidden agendas.

Full disclosure — I am not a huge Deep Space 9 fan. I’ve watched it in its entirety, and although I can appreciate it, I just never loved it. Also, this is the first proper DS9 tie-in novel I’ve read, although other books I’ve recently reviewed such as Star Trek: Destiny and Typhon Pact: Zero Sum Game do incorporate characters from our favourite space station.

But I’m not the only one wading into uncharted waters. This is author Alex White’s first Star Trek book. They mentioned in an interview feeling a certain amount of pressure to “get Trek right”. Some folks take their Trek pretty seriously, and I could imagine the pressure they felt to deliver.

The first thing that attracted me to the book was the beautiful front cover. I rarely comment on book covers, but this was a real knockout. I haven’t been able to find the cover artist’s name online, but whoever you are — you did an excellent job.

Revenant focuses on DS9 regular Jadzia Dax, and most of the book is set on Trill. It strikes a pretty good balance between original characters (Etom Prit, Nemi, Elta Vess) and characters from the show (Kira, Bashir, Worf). I’ve said before one of the cardinal sins of tie-in fiction is spending too much time with secondary, original characters and not enough time with characters we know and love from the small screen. But here, Alex White does a decent job.

The central theme of the story, I think, is one of regret and redemption. Dax has had a couple of rough past lives, and they come back to haunt her in this story. Her murderous former self, Joran, gets a little redemption — while Curzon is forced to face some of the regretful life choices he has made.

At first, the book is something of a whodunnit. On Trill, to become joined with a symbiont is a big deal, and many candidates wash out of the gruelling process. Nemi was one such washout. However, it turns out Nemi is actually dead, and a rogue symbiont is controlling her mind and body. The main tension of the book is Dax and her mission to find out who “killed” her friend Nemi, since a symbiont has gained total control.

About two-thirds way into the story, we learn that Elta Vess, a former lover of Curzon, had secretly been taking advantage of the symbiont washouts, offering them a chance to be joined. But in reality, she was cloning her symbiont self and joining with the washouts.

I feel the twist was revealed a bit too early. For me, the tension released when we found out Vess was behind it all, and the final showdown felt a little tacked on. By the end, she’s simultaneously controlling hundreds of hosts and wreaking havoc. Not to say it was terrible, it just wasn’t quite the ending I thought I was going to get.

The book’s strongest aspects come from exploring Jadzia’s relationships with her DS9 crew; Kira, Worf and Bashir. They have plenty of good banter without it feeling too quippy or out of tune with the show. The book wastes no time exploring Dax’s feelings for Worf, which of course, plays out on screen from seasons four through six.

Revenant is also noteworthy for being the second, recently published Star Trek book set within the timeframe of its respective TV show, rather than the post-Nemesis relaunch continuity. It was a refreshing change to simply be with the characters we know and love, rather than remembering which character is now on what ship and for what reason.

Author Alex White spends considerable time describing fashion and food in their prose. Sumptuous, detailed descriptions of designer dresses, flowing gowns, sizzling meats and cold, crisp drinks fill the pages… which is a little weird because fashion and food aren’t a bit part of Trek. By that, I mean characters spend 97% of their time in a drab Starfleet uniform, and food is usually replicated rather than cooked. I suspect White has a personal interest in fashion — or maybe simply they enjoyed the idea of seeing Jadzia Dax a little dressed up.

Personally, as I’ve been writing these Star Trek book reviews, I’ve developed a set of golden rules for writing tie-in fiction. These are subject to change, of course — but they go like this:

Alex White is a winner based on these golden rules: three for three. The book is full of action, mystery and fun character moments. White also displays a solid concept of the characters, and I could always match the actor’s voice to the book’s dialogue. And while the book did have quite a few original characters, the story stayed rooted with Jadzia Dax and her unique struggles.

Someone online posted that reading this book was, “[…] like getting a big warm hug from the DS9 crew.” That’s high praise. Perhaps if I were a bigger DS9 fan, I could feel the same. But I still had a great time reading the book, and I commend White for an excellent Trek debut.

What did you think of Star Trek: Deep Space 9: Revenant? Let me know in the comments below. And if you enjoyed this review, please share it!