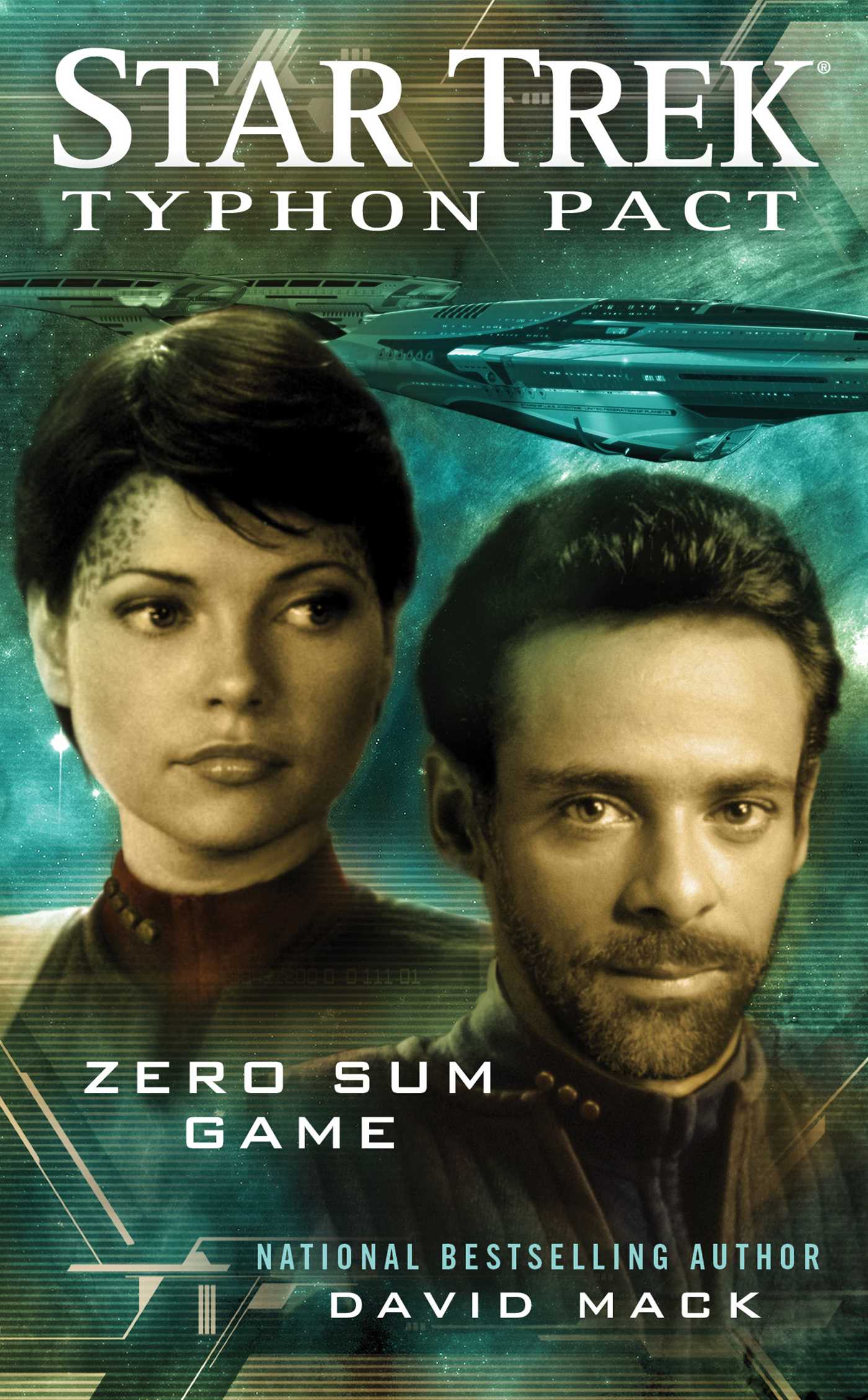 Hot off the heels of his wildly successful Star Trek: Destiny trilogy, David Mack kicks off the Typhon Pact series with Zero Sum Game. In it, Julian Bashir teams up with his former love interest, Sarina Douglas, to infiltrate the Breen and destroy the stolen quantum slipstream prototype.

The story builds upon a couple of Deep Space Nine episodes, namely S06E09 Statistical Probabilities and S07E05 Chrysalis. In the latter episode, Julian Bashir helps a woman named Sarina who, like him, was genetically enhanced as a child. She is a dead-eyed mute until Bashir works some medical magic and she awakens to the world. He falls in love with her, but gets a bit too hot and heavy a bit too quickly, and ultimately pushes her away.

Sarina is sweet and naive in the show, highly intelligent and intellectually curious. And now, in Zero Sum Game, she is a cold-hearted killer bitch, having drunk the Section 31 kool-aid — willing to deck the halls with dead bodies and emotionally manipulate Bashir into doing Section 31’s dirty work. 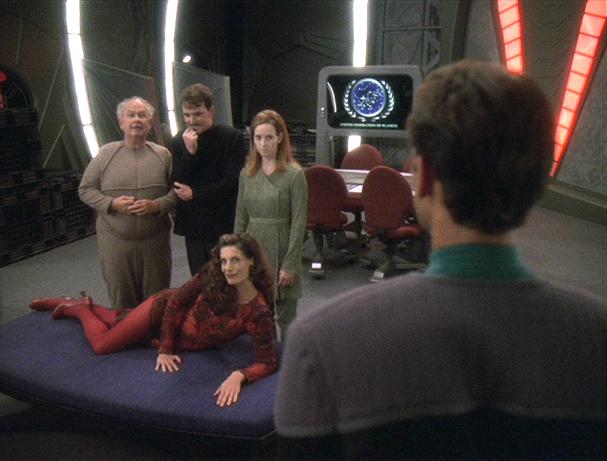 Perhaps Sarina Douglas has appeared in other novels, and therefore, if one has read them, her very sudden character arc wouldn’t be quite so jarring. I know Mack wrote a Section 31 spinoff novel Abyss featuring Bashir as the main character. But personally, I couldn’t reconcile the characters from the show with those found in Zero Sum Game.

I have previously said that the worst thing a genre writer can do is spin a boring story. Well, in tie-in fiction, I think the worst thing a writer can do is get the characters wrong. Many of my least favourite Star Trek books have been written quite well, except that certain characters don’t line up with their onscreen counterparts. Although I believe David Mack to be an immensely talented writer, I’m sorry to say that it did feel as though he was squishing a spy-thriller story from another franchise into a Star Trek shaped hole — and the characters of Bashir and Sarina didn’t feel right.

Zero Sum Game is relatively short, presumably intended to be a quick, fun read. There is plenty of action, plenty of quips — and for the first third or so of the book, I was having a great time. Mack did an excellent job expanding the details of Breen culture. It turns out they are many different races underneath their helmets and armour. They strike a kind of social equality through their anonymity. I thought it was pretty clever.

The story goes that Bashir is recruited as a spy to work alongside Sarina Douglas. The Breen have pinched the blueprints to Starfleet’s quantum slipstream drive. Bashir and Sarina’s mission is to infiltrate the Breen, destroy their slipstream prototype and purge any details on making more. Supporting them is Ezri Dax and the crew of the U.S.S. Aventine, who drop the pair off, then sits around waiting for a text message.

Perhaps the point where the story started to lose me was when Nar, a Breen with a rebellious streak, finds them and decides to help them out. How convenient that a member of the Breen underground discovered them before anyone else did. She buys their cover stories, sets them up with sweet identities, and adds a hefty sum of cashola into their Breen bank accounts.

There is plenty of action, plenty of quips — and for the first third or so of the book, I was having a great time

This part irked me. She can create identities and posit vast sums of cash into bank accounts… why isn’t Nar living on a Breen luxury island somewhere with her fake computer money and a royal rank? No one takes off their helmets, so no one would know. It all seemed very convenient. But instead of an island vacation, Nar ends up getting tortured to death. Do many of us pick up a Star Trek book in the hopes of a little casual torture? It wasn’t anything too graphic; it’s just that it didn’t feel all that Trekky to me.

A few chapters later, Bashir is shooting off into outer space, clinging onto the wing of a starship. Think about it. The thing broke atmosphere and flew at impulse speeds, and somehow Bashir, with his amazing Breen armour, was able to hang on?

Then we get to Bashir’s character. First, he’s going gaga over Sarina, even though she’s swatting Breen down like their buzzing flies. Then, a chapter or two later, he has no problem murdering half a dozen unarmed Breen personnel. Bashir is a frickin’ doctor! Yes, he has some inner conflict with the body count, but it’s pretty gross to watch him be so easily manipulated into a ruthless killing machine.

It’s hard to say if Zero Sum Game was meant to be a ‘proper’ Deep Space Nine book or intended as a spinoff. Either way, we only spend time with two DS9 regulars, Ezri Dax and Julian Bashir. It certainly doesn’t feel like a long lost T.V. episode, jotted down in book form.

Maybe I’m being a bit harsh on it. There are plenty of thrills and spills, and as usual, Mack’s writing style is smooth and easy to read. Nice moments dot the story. I particularly liked it when the Breen engineer took off his helmet before the asteroid exploded and destroyed him and his precious prototype ship. Something about that image was quite stirring.

David Mack isn’t afraid to inject a fair dose of quippy humour into his Star Trek books, which generally I enjoy. Maybe it got a bit much towards the end, with Dax (about to be rammed by a Breen ship) pushing her crew to do an impossible reverse warp jump in less time than it takes to heat a pizza pocket, all the while grinning and making jokes. But still, a little humour can add a lot of balance.

Overall, for me, Zero Sum Game was a misstep from a very talented writer. I could appreciate the well-crafted action scenes, but a half-baked story and characters that felt inconsistent with the show ultimately made this one a bit of a letdown.